Black Majesty's brand new album 'Stargazer' will be released in Europe on July 20th, 2012 through their label Limb Music. Release dates in other parts of the world to be announced shortly! 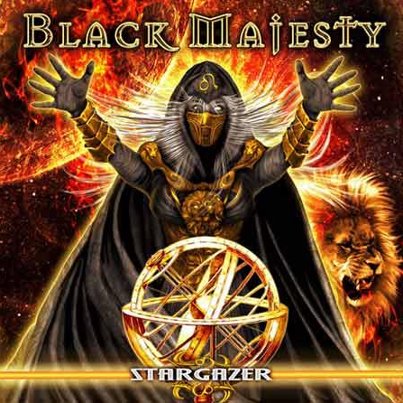 The release of Black Majesty’s new album Stargazer will be slightly delayed as the band puts the finishing touches on the recording. Roland Grapow has already finished mixing 5 songs with the remainder of the album to be completed in the coming weeks.

Black Majesty To Play MASTERS OF ROCK 2012 In Czech Republic

Black Majesty have been announced as part of the 2012 Masters of Rock Czech Republic festival. This will be Black Majesty's only Czech Republic show during their 2012 European tour where they will be promoting their new album (produced by Roland Grapow – Masterplan) due for release in May 2012 through Limb Music Germany.

After a whirlwind visit to Grapow Studios in Slovakia with Masterplan’s Roland Grapow, Black Majesty drummer Pavel Konvalinka has finished recording all drum tracks for the new cd.

[View Photos - Grapow Studios]
Next up the band will begin recording guitars. Watch this page for updates!