Both Hanny and Stevie recently took part in the 2010 Australian International Music Show where they performed at the Jackson Guitars stand and also played tribute to Ronnie James Dio at the Fender Jam by performing Neon Knights. Thanks to all that came out and supported the boys.

Black Majesty’s next live performance will be at the Central Club in Richmond, Victoria, Australia on Saturday 13th of November 2010 with support from local boys Keys To Perdition & Wonderland. 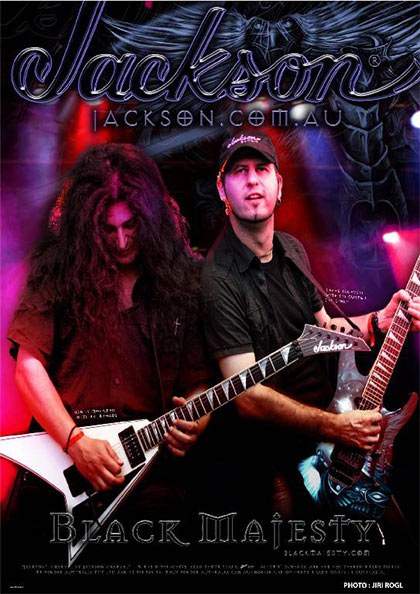