Children Of The Abyss - Out Now!

Australian power metal band Black Majesty return with their seventh studio album, Children Of The Abyss, released worldwide on September 21st via their German label Pride & Joy. This will directly follow with a short spell of headline live shows in Europe hitting Germany, Poland, Czech Republic, Belgium and then returning back home for album launches in Australia. See dates on the flyer below.

The first single off the album, “Something’s Going On", has also just been launched. Watch an official lyric video below: 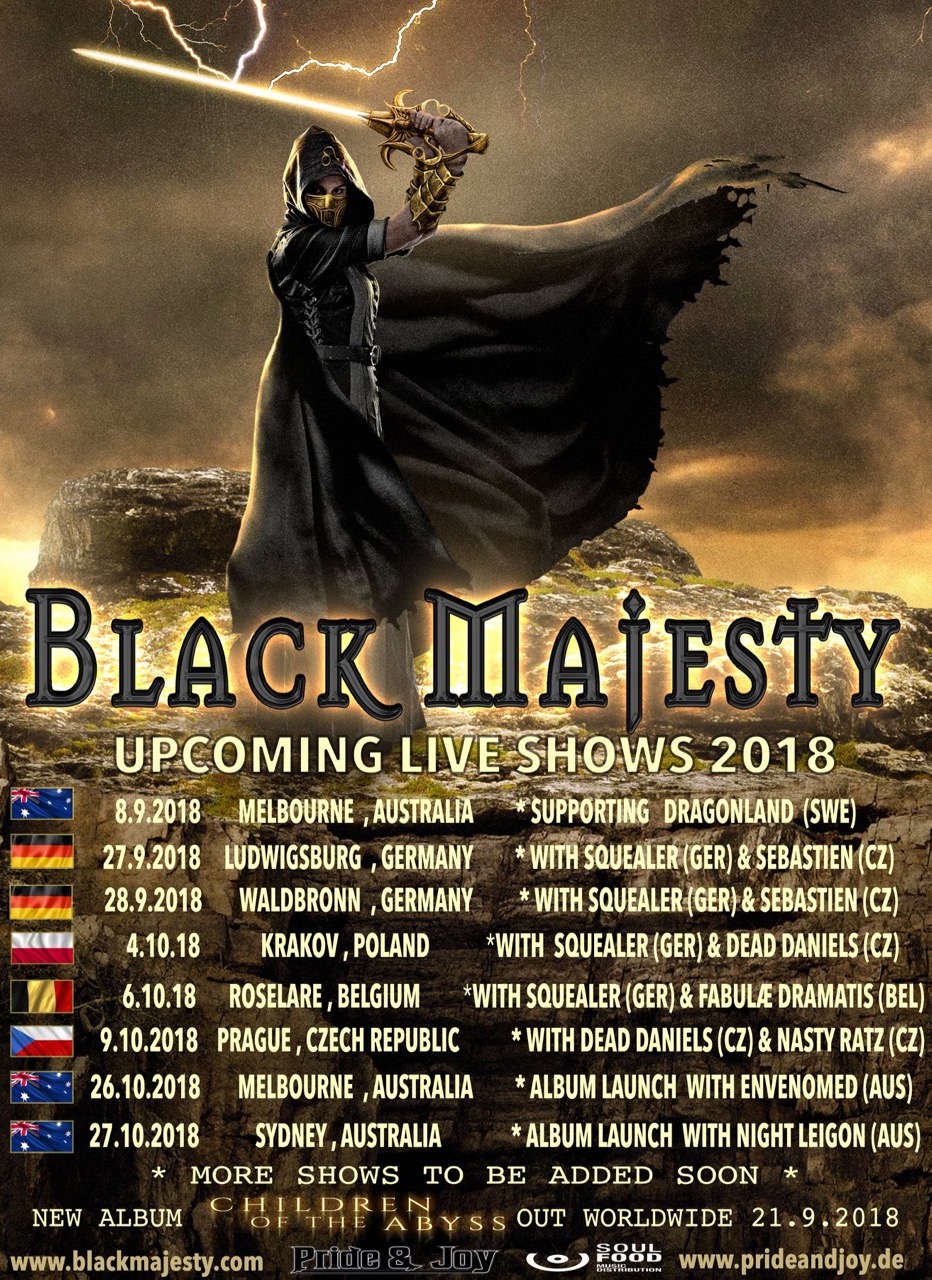 The band is also putting together their first tour for the US and South America for 2019. More news to follow soon.